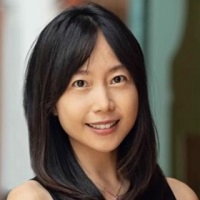 Children develop their skills and interests in science, technology, engineering, and mathematics (STEM) through informal learning experiences, which, ideally, should be rich with conversation and social interaction (e.g., asking and answering questions). While STEM-oriented television programming has become an important learning resource for many children, its benefits could be amplified by fostering children’s dialogic engagement.

I have been partnering with PBS KIDS to carry out pioneering research that aims to integrate conversational agents into children’s television shows so that children can have contingent interaction with media characters, with the goal of supporting active engagement and learning. I have developed such “conversational videos” for a popular PBS KIDS animated science show, Elinor Wonders Why, and conducted studies involving children aged four to six years.

We have been awarded a $3 million NSF grant to extend this project along three directions: